Internet star Jason Coffee is married and a father three. 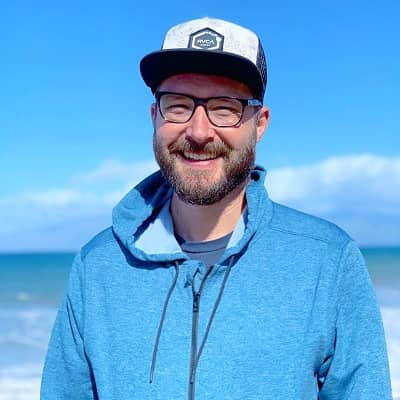 What is the relationship of Jason Coffee?

The TikTok star married his wife Chassy in 2003. The couple has three children: Peyton, Isaac, and Caleb.

The couple purchased a house in Hawaii in 2013 and moved to one of the islands where the family now lives.

Who is Jason Coffee?

Jason Coffee is a TikTok and YouTube celebrity who has become famous with his family and children on TikTok.

The family first started with Vine a few years back, before moving to TikTok, YouTube, and Instagram.

Jason and his family are well-known for sharing funny videos of their daily life as a family.

His real name isn’t coffee – he chose a nickname because he likes coffee and used to work at Starbucks before becoming a social media star.

There’s not much information about his parents, siblings, education, or early childhood as he doesn’t post details about his background on social media accounts. He is of American nationality.

Until the beginning of the 2010s, he was just another regular next-door guy who lived the boring life of an average middle-class American man.

Before becoming a social media celebrity, he used to work at Starbucks.

He began by uploading day-to-day videos about his life with his wife and children, and he soon received a follow-up. He had over a million followers when Vine shut down in 2016.

Years after Vine was shut down, Jason joined Musical.ly, which later became TikTok, under the name @JasonCoffee, and began posting his funny family videos again.

He grew fast under the platform and became one of TikTok’s most-followed users. The family is known for their cute and friendly dynamics and how much fun they’ve had recording their videos.

In addition to his TikTok page, Jason and his family also have a YouTube channel where they post longer video posts, including funny videos, everyday life vlogs, and more.

One of his most famous videos is “Kids Dump Eggs Over His Dad’s Head Prank,” which has generated thousands of views.

Other famous videos of his include “Daddy’s Glasses,” “Ask Caleb Coffee Questions” and “Will It Slime?”

The Coffee family shares their personal life with their fans and supporters, but the family doesn’t speak much to any other members except their close family on social media.

Jason Coffee is a well-known social media figure. Through his skills and fascinating ability to draw fans, he has won a strong position on various social media sites.

Apparently, it helped him gain a good amount of money. However, he did not list his exact earnings.

Still, some websites have been valued at about $1 million – $5 million.

Jason is a happily married man and doing great in his personal and professional life, even though he is social media star but he is successful to keep his private life behind the curtains therefore up to this date he hasn’t been involved in any controversies or scandals.

This 40-year-old Gentlemen Jason Coffee is 6 foot 4 inches tall and weighs around 85 kilograms.

He also runs a YouTube channel with over 448K subscribers. In the same way, his TikTok account has earned more than 20.1 million followers and almost 1 billion overall likes.