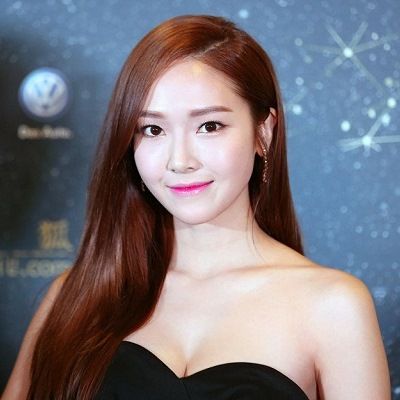 She was like a little princess. She was like "I don't want Korean food! I want pizza! I want spaghetti!"

Jessica Jung has been dating the CEO of the Coridel Entertainment, Tyler Kwon since 2013. This couple is planning to take their relationship to the next level.

However, the marriage date is not fixed yet.

Who is Jessica Jung?

Jessica Jung is a popular American singer, actress, and fashion designer, who is well known for her work as a former member of South Korean girl group Girls’ Generation.

Also as an actress, Jung portrayed Elle Woods in the Korean version of the musical Legally Blonde in 2010 and played a role in the television drama Wild Romance in 2012.

Jessica Jung was born in San Francisco, California, in the United States on April 18, 1989. There is no information about her father, mother, and childhood.

Her father is a boxer turned lawyer while her mother used to be a gymnast. At the age of 11, she moved to Seoul, South Korea to become a trainee and pursue her dream as a performer.

She has a sibling namely, Krystal Jung. Jessica holds American- South Korean citizenship, and her ethnicity is Korean. Her birth sign is Aries.

Talking about her profession, during 2000, while shopping in a mall with her sister, Jessica Jung was discovered by S. M. Entertainment. Similarly, she soon joined the company and worked as a trainee for several years.

In the year 2007, she appeared as one of the 9 members of the Korean music group named ‘Girls’ Generation’. Basically, she sang two singles ‘Love-Hate’ and ‘Mabinogi’ for the group’s debut album.

She also sang a number of tracks, collaborating with her bandmates. In the following year, Jessica made her debut in the musical theatre genre by appearing in Legally Blonde’s South Korean production. She also appeared on the show ‘Infinity Challenge’ during the same year.

During 2010, she appeared as a guest on a number of TV shows which made her a household name. Additionally, she released her single ‘Sweet Delight’ which received wide appreciation. She also appeared in a cameo role in the TV series ‘Oh! My Lady’.

In the year 2011, Jessica’s song ‘Because Tears Are Overflowing’ featured on the drama series ‘Romance Town’. Likewise, in 2012, Jessica made her acting debut by appearing in ‘Wild Romance’.

Similarly, in 2014, she launched her own fashion line named ‘Blanc & Eclare’, describing the collection as comfortable and detailed. She also said that each of the designs from the collection is one that she would like to wear. Whereas, she starred as the lead in the 2015 movie ‘I Love That Crazy Little Thing’. She also sang the song ‘Love! Love! Aloha!’ For the film.

In the year 2016, her singles ‘Fly’ and ‘Love Me the Same’ became instant hits. In addition to singing these songs, she also co-composed them. The album contained six songs like ‘Dancing on the Moon’, ‘World of Dreams’, and ‘Celebrate’. Jessica also appeared in the music videos for the same.

She played Elle Woods in Korean musical theatre’s adaptation of the movie ‘Legally Blonde’ from 2009 to 2013. In the year 2017, she starred in the movie ‘Two Bellmen Three’ as Mi-na Kim. She is set to appear in the Chinese-American sports biopic based on the story of former NBA player Stephon Marbury titled ‘My Other Home’.

She has an estimated net worth of around $16 million (as per 2020 data) and she has earned that sum of money from her professional career.

She received a nomination for Most Popular Drama OST at the 8th Seoul International Drama Awards for ‘Butterfly’. She was also nominated for the 7th Style Icon Awards in the Top 10 Style Icons category for her reality show, Jessica & Krystal.

There was a rumor that Jessica marrying the CEO of Coridel Entertainment, Tyler Kwon since 2013. Currently, she is far from rumors and controversies.