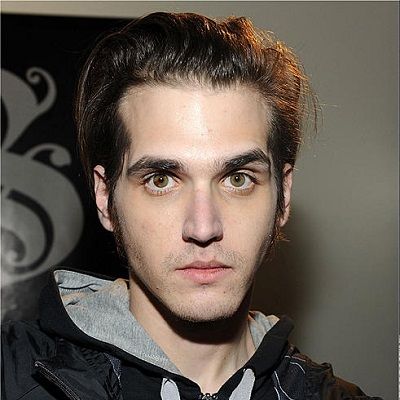 Don't do anything to try to fit in.

Unicorns are real and emo is imaginary.

There's less violence in the world when people are using Hula-Hoops.

Mikey Way is married to Kristin Colby. On March 27, 2015, Mike proposed to Kristin in Disneyland. They married in early 2016.

Before that in 2007, Mikey was married to Alicia Simmons. Alicia was a guitar tech and merchandise seller. They divorced and parted ways.

Who is Mikey Way?

Mikey Way is an American musician and an actor. Mikey is best known as the bassist of the band ‘My Chemical Romance’.

Mikey Way was born Michael James Way on September 10, 1980, in Newark, New Jersey, the US to Donna Lee Way and Donald Way. His family is of Scottish and Italian ancestry. He was raised in Belleville, New Jersey along with his older brother Gerard Way. Gerard is a singer, songwriter, musician and comic book writer.

The first concert he went to was a Smashing Pumpkins concert with his brother. After seeing them he told him “we have to do this”.

Growing up, he worked in a Barnes & Noble and later Eyeball records which played a crucial role in the formation of My Chemical Romance. In 2001, he joined My Chemical Reaction.

He has also made guest appearances on other artist’s works. In 2016, he was featured in Amy Black’s Album ‘For the Night to Control’. He also made an appearance in Waterpark’s album ‘Cluster’.

In 2013, he made his acting debut on The Hub original series ‘The Aquabats! Super Show!’ in the season two finale. He played as the lead singer of a death metal band called Asthma. In 2018, he voice-acted the role of Snarl in the ‘Transformers: Power of the Primes’ animated series.

His band was nominated for a Grammy Award, an American Music Award and 15 NME Awards(4 wins).