Frances Louise Fisher is a British-American actress. She is possibly single at the present time.

Frances Louise Fisher had married to Billy Mack Hamilton in 1970. But unfortunately, their relationship did not go on the long track and had stopped after two years. The separated legally in the year 1972.

Alone and single Frances met actor Clint Eastwood. During that time they had a daughter, Francesca Eastwood. Similarly this time again they had broken up after 6 years. 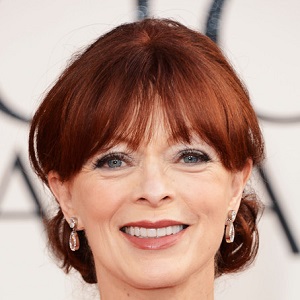 I was not meant to go deer hunting every fall

I came from the theater playing leading roles, and when I started doing film and television, I felt as if I had to start from the bottom

How wonderful it was to sit on a set with Norman Mailer and get to know him.

Who is Frances Louise Fisher?

Frances Louise Fisher is a British-American actress. She has played many films which have made her famous.

Frances Louise Fisher was born on 11th May 1952 in Milford on Sea, United Kingdom. Her nationality is British-American and ethnicity is mixed (Russian-Jewish and Hungarian-Jewish, Norwegian).

She is the daughter of American parents Lutcher Stark High SchoolOlga Rosine and  William Irving “Bill” Fisher who lived in Milford on Sea, Hampshire, England, UK. Her maternal grandfather was of Russian-Jewish and Hungarian-Jewish descent, while her maternal grandmother was of Norwegian ancestry.

When she was young she used to travel to many countries due to her father’s job. But at the age of 15, her mother had passed and she took all the responsibility to help raise her younger brother.

She had completed her high school at Lutcher Stark High School, where she performed in theater productions, and later worked as a secretary.

Frances Louise Fisher started her career at the theater. There she became involved with the Actors Studio, where she studied with Lee Strasberg. She also appeared in Arthur Miller’s last play, Finishing the Picture, produced at the Goodman Theatre.

Then she had appeared on television in 1976. She first played Detective Deborah Saxon on the ABC daytime soap opera The Edge of Night. In 1985, she had joined the cast of CBS’s Guiding Light as Suzette Saxon and appeared on Newhart, Matlock and In the Heat of the Night. In 1991, she was cast as Lucille Ball in the television film Lucy & Desi: Before the Laughter, which aired to strong ratings and good reviews.

She also portrayed Audrey Hepburn’s mother, Ella Hepburn, in the biographical film of the actress in 2000. In 2002 she starred in the short-lived The WB series Glory Days. Similarly next year she had played in another drama, The Lyon’s Den on NBC. In 2005, she had appeared in the ER episode “Just As I Am,” as Helen Kingsley, the long-lost birth mother of Dr.

Kerry Weaver, played by Laura Innes, even though Fisher is only five years older. She also appeared in a recurring role on the Sci-Fi Channel television series Eureka, portraying the character Eva Thorne in 2008.

In 2014, she was starred in the ABC drama series Resurrection about the residents of Arcadia, Missouri. But in 2017, she and her daughter both starred in the acclaimed Fargo episode “The Law of Non-Contradiction.

She was seen in the movie Can She Bake a Cherry Pie? in 1983. In 1989 she had appeared in Pink Cadillac opposite Clint Eastwood, and the pair began a six-year offscreen relationship.

She had a chance to appear in many films and has earned the net worth of $145 million as per 2022’s data.

Unlike other celebrities, Frances Louise Fisher hasn’t suffered from any kind of rumors and controversy. Through sources, there are no records about her rumors or controversy.

Frances Louise Fisher has a height of 5 feet 4 inches. Her hair color is golden brown and her eye color is blue. Her weight, shoe size, and dress size, etc are unknown.