Updated On December 18, 2022 | Published By: Julian
Share this
Married 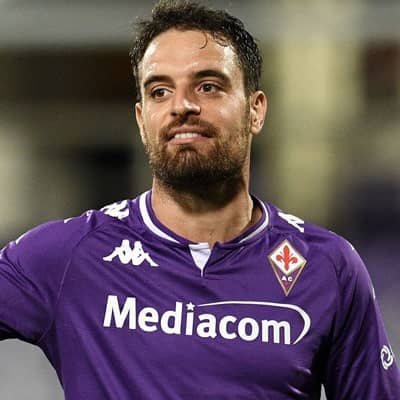 What is the relationship of Giacomo Bonaventura?

Giacomo Bonaventura is currently married to his wife Federica Ziliani. The two got married on the 8th of August, 2020 after staying in a relationship for quite some time.

Federica is a specialist in sports medicine, a dynamic yoga teacher, and a popular personality on Instagram. The two also frequently feature each other on their social media.

Federica’s bio on Instagram also suggests that she is a mother but the couple hasn’t shared anything about having children.

Who is Giacomo Bonaventura?

Giacomo Bonaventura is a popular Italian football player. He is well known as the midfielder of Serie A club Fiorentina and the Italy national team.

Giacomo “Jack” Bonaventura was born on the 22nd of August, 1989 in San Severino Marche, Italy. As of now, his age is 31. His nationality is Italian but he has not revealed his ethnicity as of now.

Giacomo’s father’s name is Gianfranco Bonaventura. He has not shared his mother’s name as of now. He has also kept many details of his family life private. The footballer has not said anything about his siblings so he might be a single child. His childhood is also a mystery as not much is known about his early life.

Bonaventura seems to be well educated but he has not revealed anything about it as of now.

Giacomo started playing professional football for the youth team of San Francesco 93’. Soon after, he was transferred to the football club Tolentino.

While playing there, Bonaventura’s skills were recognized by Atlalanta’s scouts and soon enough he transferred to Atalanta.

He made his debut for Atalanta in 2008 against Livorno. The Italian continued playing for them until 2014. He also played Padova and Pegocrema on loan during this time.

Then, in 2014, Giacomo was signed by A.C. Milan for a fee of 7 million Euros. And aside from a few injuries, he played consistently for them, helping the team with his great vision and passing. He recently left Milan on a two-year contract with Fiorentina in September 2020.

Bonaventura played for the Under 19 and Under 20 Italy national teams. Eventually, he made his debut for the senior team in a friendly match against San Marino in 2013.

He has 15 caps for the senior national team as of now. Unfortunately, he didn’t make the Italy squad for Euro 2020.

What is Giacomo Bonaventura’s net worth?

Bonaventura involved himself in some minor and playful rumors in May of 2017. At this time, his club A.C. Chinese businessman Li Yonghong owned Milan at this point. And Bonaventura made risky eye contact with Li’s wife in the stands which sparked a few playful rumors.

How tall is Giacomo Bonaventura?

Bonaventura stands at a height of 5 feet 11 inches tall and his weight is roughly 75 kilograms. He has a slim and athletic physique. His eyes and hair are both dark brown in color.

Giacomo Bonaventura is active and popular on social media.  He is only active on Instagram at the moment. He shares a lot of updates about his private and professional life through the account. This has helped him gain a lot of followers and he has over 160k followers on his  Instagram account.

Get to know more about football players Mattia Perin and Federico Chiesa as well.