Her husband, Rupert Murdoch is a media business magnate. The couple started dating each other in the year 2015. On 11th January 2016, the couple announced their engagement via The Times Newspaper. Later, the couple married on 4th March 2016.

Previously, she was married to the actor, Mick Jagger. They started dating in late 1977. After dating for long-term, they got married on 21st November 1990 in Bail, Indonesia. The unofficial wedding got annulled on 13th August 1990 by the High Court of England and Wales.

Together, they have four children; Elizabeth Scarlett, James Leroy, Georgia, and Gabriel Luke. Her daughter, Elizabeth is an actress whereas Georgia is a fashion model and designer.

Also, she was in a relationship with the British singer and songwriter, Bryan Ferry. 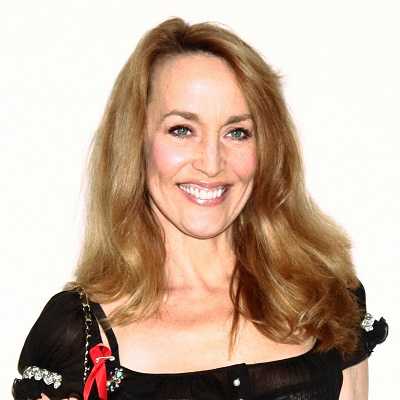 Who is Jerry Hall?

Jerry Hall is a Lifetime Achievement Award-winning model and actress. Hall is renowned as Alicia of Batman and Jerry of Just Shoot Me!

Last, in 2017, she appeared in the movie, Forgotten Man as Holly. Currently, she is represented by the talent agency, Tess Management.

Jerry Hall was born on 2nd July 1956 in Gonzales, Texas, United States. She is of British-Irish-Dutch ethnicity.

She happens to be the daughter of Marjorie Hall-Sheffield and John P. Hall. Her Lt. mother, Marjorie was a medical records librarian. Her father, John used to be a Truck Driver.

She shares her birth date with her twin sister, Terry Hall. Terry is a photographer and investor. Also, she has three elder sisters including Rosy Hall who used to a cheerleader at the first Dallas Cowboys Cheerleaders.

Moving to her academics, she completed her High School education from the North Mesquite High School. Later, she joined Eastfield College. During her college days, she was active in archery, tennis, and gymnastics.

She was first scouted by the Fashion Agent, Claude Haddad when she was sunbathing with her sister in French Riviera.

To pursue her career in modeling, she moved to Paris and started her career as a model. In 1975, she appeared on the cover of Roxy Music album, Siren.

Soon, she became one of the leading models of the time and got featured in various fashion Maganizes including Italian Vogue and Cosmopolitan.

After a successful career as a model, she expanded her career in the acting field with the movie, Urban Cowboy. Following that, she got featured in various TV series including She’s with Me, The Detectives, and Just Shoot Me!

She has blue eyes with blonde hair. She stands at a height of 6 feet and weighs around 66 kg.

To date, she has not been part of any sort of controversy and scandal that created headlines in the media. Also, she has managed to maintain distance from any kind of rumors.

However, she had in limelight for her relationship history with the English singer and songwriter, Mick Jagger.

On Instagram, she is following the personalities including Kim Cattrall, Gigi Goode, and Bruce Weber.