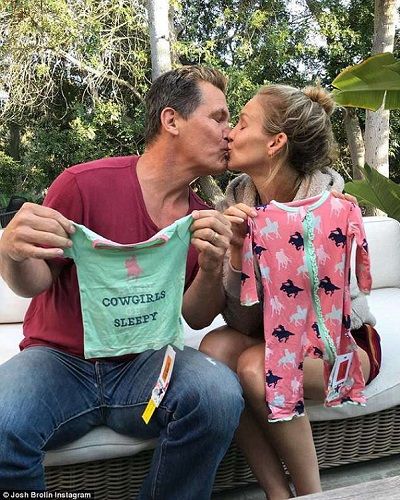 Update: Their child Westlyn Reign Brolin was born in 2018.

They are expecting their first child. The gender of the baby has also been revealed and it’s going to be a baby girl.

Josh said in an interview that the baby has started to kick,

“She’s starting to kick now. We can see all that movement. I am so happy about it, man.” 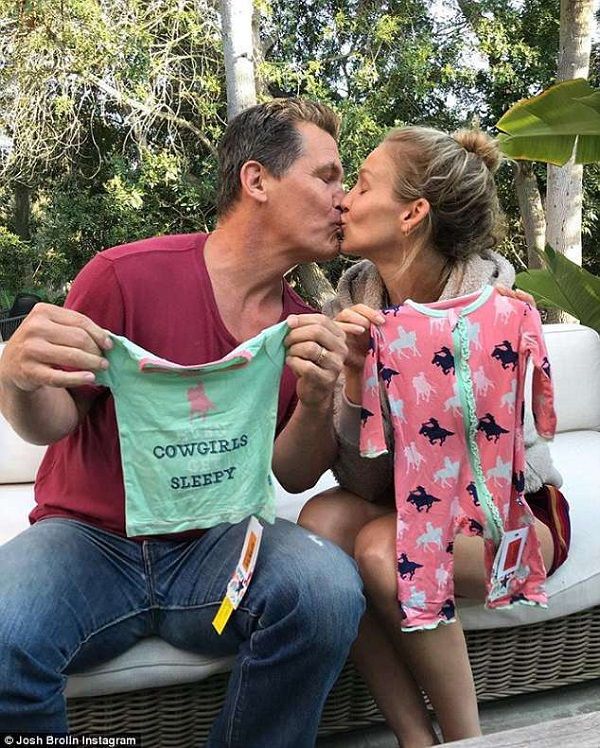 Josh’s excitement about the baby

50 years old actor, who is already the father of two children: Trevor and daughter Eden from his ex-wife, Alice Adair. However, he is “massively looking forward to” his baby being born.

“I’m nervous, but I’m excited. I’ve been a parent for so long, since as long as I can remember basically. I got out of high school, two years later we had a kid. So I don’t really know life without having kids.”

Not only Deadpool 2, actor Josh but his stepmother, Barbra Streisand is also very excited about Kathryn Boyd expecting the new baby.

“My wife got her a bracelet that said ‘Grandma’ on it and she started crying.”

Kathryn Boyd is a model and actress. She has also assisted in many movies. She studied at The Lovett School and graduated in the year 2005.

Later, she attended the University of Georgia with a Bachelor of Art in Magazine Journalism and graduated in 2009. For her interest, she did photography at Santa Reparata International School of Art in Florence, Italy. 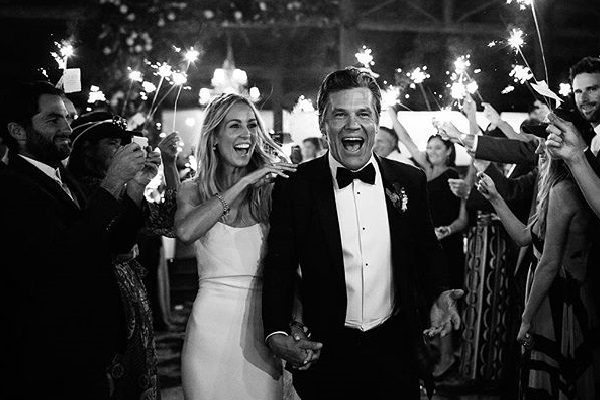 Kathryn has been the former assistant of her husband Josh Brolin. The couple started seeing each other in the year 2013. After dating for a couple of years, they got engaged. Then in a year, they tied the knot on 24th September 2016, in Cashiers, North Carolina.

Their wedding ceremony was a private affair to which their close friends and family were invited. Their guests had shared the pictures of their ceremony and reception on their social media handles, especially on Instagram.

Josh Brolin has been married thrice. His first wife was actress Alice Adair whom he married in 1988. He has two children with her: son Trevor Mansur (born June 1988) and daughter Eden (born 1994). Brolin divorced her in 1994.

He started dating actress Minnie Driver and got engaged to her. However, six months later they broke the engagement. On 15th August 2004, Josh Brolin tied the knot with actress Diane Lane.

However, by February 2013, the couple had called it quits. On 27th November 2013, the divorce was made official. He then started dating his former assistant and model Kathryn Boyd in March 2013. He got engaged to her in March 2015. After she accepted his proposal, the couple headed to Cabo San Lucas, Mexico for celebrations.

Their wedding was solemnized on 24th September 2016 in Cashiers, North Carolina. It was an intimate and romantic wedding ceremony in front of their family members and closest friends including Barbra Streisand and James Brolin. Read More…

Josh Brolin is an American actor. He is the National Board of Review Award winner. He is best known for his appearance in the films like No Country for Old Men, The Goonies, Men in Black 3, True Grit, and Milk. More Bio…

Interesting facts of GoT stars, Kit Harington and Rose Leslie’s relationship! Their wedding, fan witnessing their wedding hiding under the bush and much more
Tags : Actor Deadpool 2 Model