Most popular among the public for his role of Cory Baxter in the sitcom That's So Raven. 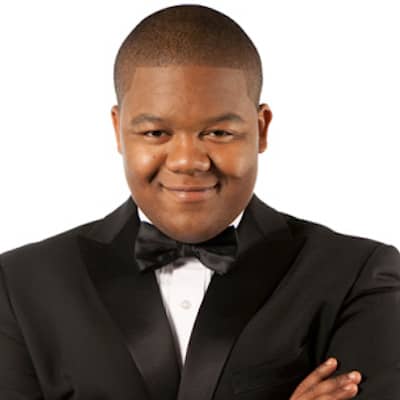 Everyone's just telling me that there's this rumor going around that I'm dying of cancer.

Kyle Massey is currently in a romantic relationship. He is dating a girl named Hana Giraldo. His girlfriend is a singer, actress, and designer.

She has her own fashion line called RiptLA.

Kyle was in three years relationship with Maiara Walsh. They started to date in 2007 but broke up in 2010.

He has also a brief fling with Bristol Palin (2011) and Taylor Dooley.

Who is Kyle Massey?

Kyle Massey is an American actor and comedian. He is most popular among the public for his role as Cory Baxter in the sitcom That’s So Raven.

In addition, Kyle is also a singer and rapper. In 2019, he voiced Jeremy in the Rise of the Teenage Mutant Ninja Turtles.

He was born Kyle Orlando Massey on 28 August 1991 in Atlanta, Georgia, United States. He is 30 years old. The name of his father and his mother’s name is Michael Massey and Angel Massey respectively.

Kyle’s ancestry is All-American and has an older brother Christopher Massey (actor/rapper).

Talking about his academics, he has not disclosed the details to the public.

Kyle Massey is an amazing actor and has appeared in several screen projects. He has done only four movies as of now. His first film was Beethoven’s Christmas Adventure (2011). His other big-screen projects are Senior Project, Ripped, and Bad Company.

He is popular for his appearance in the TV series That’s So Raven (2003-07) and Cory in the House (2007-08). Kyle also competed in Dancing with the Stars S11 in 2010 and became runner-up. His dancing partner was Lacey Schwimmer.

His other small-screen projects are,

Kyle is also a talented singer and has released several singles. His debut track was It’s a Dog featured in Life Is Ruff (2005).

His other discography is Yin Yang Yo!, Underdog Raps, Jingle Bells, Fitness, and more.

At present, his estimated net worth is around $3 million US. Also, his salary from the acting career is not yet revealed.

He promotes an energy drink named Bang via his social media. Some of the top actor’s financial worth is,

This child actor is keeping himself away from rumors and scandals at present.

Regarding Kyle Massey’s body features, his height is 5 ft 7 inches and his body weight is 70 kg. He has dark brown eyes and his hair is in black color.

Kyle is officially active on social networking sites. He has more than 138.3k followers on Twitter and over 91k followers on Facebook.

His Instagram and TikTok accounts have gained over 586k and 1.1 million followers respectively.