Bikini lover and celebrity kid, Lori Harvey is an Instagram star. Lori is the daughter of Marjorie Elaine Harvey and her step-father is Steve Harvey.

Lori was dating the Black Panther star Michael B. Jordan. The reports of their affair were confirmed when the couple was spotted together in Atlanta in November 2020.

Also, they welcomed the new year together in Salt Lake City. They are head over heels for one another as they do not miss any occasion to celebrate together including birthdays, valentine’s day, and much more.

Sadly, the couple broke up and officially split in June 2022. Their split is said to be because they apparently had been fed up with each other’s company and presence.

In February 2016, Lori’s relationship with Memphis Depay became public after he shared a picture of them hugging with Eiffel Tower in the background.

In July 2017, Steve took to his Twitter to reveal that Lori had gotten engaged to Memphis. In March 2018, it was alleged that they had broken up as she was seen without her engagement ring. But, it is also a fact that she still has her picture with Depay as her cover picture on Twitter. 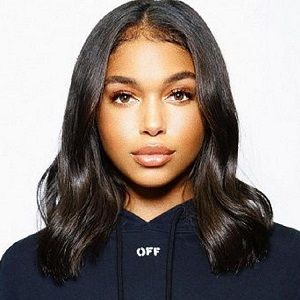 Who is Lori Harvey?

Lori Harvey is an American model known for her successful modeling career. She has done modeling and endorsement work for brands like Dolce & Gabbana, TRESemmé, and NyQuil & DayQuil.

She has a huge social media fan base with more than 3.5 million followers on her official Instagram account.

Harvey was born on January 13, 1997, in the United States of America. Lori was raised in Memphis, Tennessee by her mother, Marjorie Elaine Harvey.

Lori didn’t have to live the rest of her life without a father figure as her mother married Steve Harvey in 2007. Steve, carrying a gentle personality, raised Lori as his own. Her mother had a troubled life prior to her marriage to Steve Harvey.

She has two biological brothers, Jason and Morgan. She also has half-siblings, Brandi Harvey, Karli Harvey, Broderick Harvey, and Wynton Harvey from her father’s previous marriage.

She attended regular school until 7th grade before being pulled out and started homeschooling. After that, she completed her graduation from Atlanta High School in Georgia.

Moreover, she also learned horse riding but she sustained a devastating injury after falling from her horse while in Florida, breaking her back and tearing her medial cruciate ligament.

After the injury, she decided to join modeling since she could no longer participate in horse riding. She made her debut as a model in 2007. She has appeared in many advertising campaigns as a child artist.

In 2014, Lori Harvey made her first TV show appearance on the talk series, Steve Harvey.

And now she has built a good career in the modeling industry. Moreover, Lori has walked on the ramp for Dolce & Gabbana, among other brands, during the Paris and Milan Fashion Weeks several times. Furthermore, she also walked for MetGala.

In September 2017, she and Justin Combs’ brother, Christian Combs, were featured together on the ramp during one such event. She also used her social media activity to promote a number of products and brands such as TRESemmé, NyQuil & DayQuil, Hermès and Chanel.

Currently, she is signed to LA Models and Select Model Management in Europe and represented by Alex Avant and entertainment executive.

With a successful path to her career, Lori has a net worth of $500K according to the sources. And other information about her salary is unknown.

Talking about her a comedian, radio personality, and a television host father Steve, he earns a good amount of salary. He earns an annual salary of $40 million. He has an estimated net worth of $ 140 million.

Whereas her mother’s net worth is estimated to be around $100 million.

Lori was arrested in a hit and run car accident late night on 20 October 2019, in Beverly Hills. According to an eye witness, she was texting while driving and her Mercedes SUV collided with the car coming from the opposite direction. This incident took place at 9.48 pm.

Controversies were when she had an alleged relationship with the rapper Puff Diddy alias, Sean Combs. It was controversial because he was 28 years elder than her.

Her booming presence on various social media websites. She has more than 2.1 million followers on her official Instagram account. She has a curvaceous figure which she shows off posting on her Instagram handle. Lori loves wearing a bikini.

She doesn’t seem to be active on Facebook. Likely, she has more than 14k followers on Twitter.

Is Michael B Jordan Fed Up With Lori Harvey? Their Relationship Timeline