Updated On November 15, 2022 | Published By: Thomas Gregory
Share this
Divorce 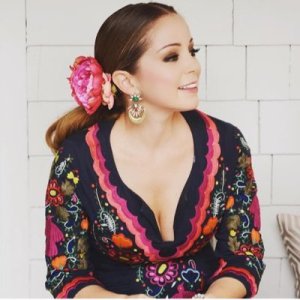 Typically a weekend retreat for the heart, soul and palate, brunch is the perfect way to unwind and reconnect.

I'm not going to focus on the bad days. I choose to live in gratitude.

You're only as good as the people who you surround yourself with.

What is the relationship of Marcela Valladolid?

After being in a relationship for several years, Marcela Valladolid was married to Fausto Gallardo. The couple welcomed their first son, Fausto Gallardo. Due to a misunderstanding, they got divorced in 2013.

Who is Marcela Valladolid?

She was raised up with her parents in a friendly and entertaining environment. She used to learn cooking styles and strategies from her mother daily in their own kitchen and was interested in cooking from a very early age.

Talking about her educational background, she attended the Los Angeles Culinary Institute as a Certified cook and graduated from there.

She also graduated as a trained chef from the “Ritz Escoffier Cooking School” mainly located in France.

After graduating from Ritz Escoffier Cooking School, she returned to her own home city and started her own catering company. There she started teaching the cooking technique to 40 students. Later on, she joined “Bon Appetit” as an editor and recipe stylist.

She also competed in “The Apprentice: Martha Stewart” series and came in fourth place. Her first cookbook, Fresh Mexico: 100 Simple Recipes for True Mexican Flavor was debuted in August 2009 and able to collect positive reviews.” Relatos con Sabor” was her first cooking show where she showed how to preserve and make traditional food.

Her second cooking show “Mexican Made Easy” debuted in January 2010. She is a former food editor and recipe stylist for “Bon Appetit” magazine and also appeared on several cooking shows.

There were a number of rumors circulating from time to time regarding her personal life. On her work front, she has not landed into any major controversy.

Marcela Valladolid has a height of 5 feet 2 inches. Her body weight is 50 kg. Besides these, she has Light Brown hair and brown eyes.

Furthermore, there are no details on her body measurement.

Melissa Spalding, current girlfriend of celebrity chef Paul Hollywood moves in with him at his Kent home!