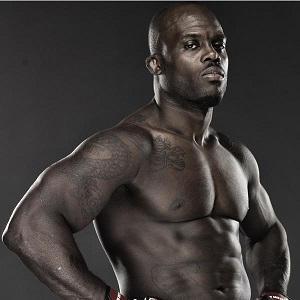 What is the relationship of Melvin Manhoef?

Concerning about Melvin’s marriage, relationship and dating history, there is no proper information on this section. He has been very keen to hide all his personal information.

Some source states that Melvin is a married man, however, there is no information about his wife and children. Besides, Melvin has not been linked with any women in his life.

Who is Melvin Manhoef?

Melvin Manhoef is a Dutch professional boxer and mixed martial artist. He played in Its Showtime Champion and MMA. He was the Cage Rage Light Heavyweight Champion. NO MERCY is the other name of him.

Melvin Manhoef was born on May 11, 1976, in Paramaribo, Suriname. His nationality is Dutch and his ethnicity is Surinamese.

There is no information on his parents. He was 3 years old when his family moved to Rotterdam. He liked playing soccer during his childhood.

During his career, he entered the Cage Rage Championships in London. By winning over Fabio Piamonte he became the World Champion. After successfully defending his title for almost two years, he re-entered the K-1 Fighting circuit’s, MMA affiliate Hero’s in 2006. He won his first fight at Hero’s 4 against Shungo Oyama by technical knockout in the first round.

At Dynamite!!2008, Melvin fought Mark Hunt as a replacement for Jerome Le Baner on short notice. Regardless of the size disadvantage, he knocked out Hunt in 18 seconds. It was the first time Hunt was finished due to punches. After that, he fought former WEC middleweight champion Paulo Filho on July 20, 2009, at DREAM. Despite early success on the feet with his striking offensive, he took down and submitted via armbar in the first round. Moreover, Manhoef recently signed a multi-year fight contract with Strikeforce. However, he made his debut for the organization against Robbie Lawler on January 30, 2010, at Strikeforce. Despite a strong start, he was knocked out at 3:33 in the first round.

There are no such rumors and controversies about Melvin Manhoef as he is passionate about his work in a boxing career.

He stood with an outstanding height of 5 feet 8 inches (1.73 m) and weighs around 84 kg. He has black hair color and his eye color is also black.

Furthermore, also find out more about the early life, career, net worth, relationships, and controversies of professional boxer and martial artists like Spencer X, Mark Gastineau, and Jake Wood.