Stevie Wonder had a brief affair with singer and beauty queen, Lencola Sullivan, who was the first African American woman to have won the Miss Arkansas beauty pageant. Wonder is reported to have gone out with Jazz singer Maysa Leak in the early 90s when she was working as a background singer for him.

Stevie hooked up with singer and songwriter Brenda Russell at the start of the 2000s. Some tabloids claim that they had grown fond of each other while collaborating for the single, Justice of the Heart, which Stevie performed for the Denzel Washington starred movie, John Q.

Stevie is alleged to have had an affair with singer and songwriter Minnie Riperton in the past. It has been revealed that she died while listening to a recording, Stevie had made especially for her. Plus, he paid tribute to her life and career in an episode of the TV show Soul Train, which was aired just after her death.

Wonder went out with actress and dancer Debbie Allen in the nineties. They were spotted together on the red carpet at a number of high profile events such as Black Business Association Lifetime Achievement Awards in September 1993. Stevie first met Yolanda Simmons after she had applied for a job for the secretary in his publishing company.

Shortly after, Stevie had affair with her and as a result of their affair, she gave a daughter, Aisha Morris on February 1975. To celebrate Aisha’s birth, he released a special single Isn’t She Lovely, which was part of his iconic album, Songs in The Key of Life. In the single, Aisha could be heard gurgling and playing. In 1977, Simmons later gave birth to his son, Keita.

Then, Wonder had an affair with a woman named Melody McCulley. During the course of their relationship, she gave birth to a son, Mumtaz Morris. As a result of his relationship with an unidentified woman, he is a father of two children a son named Kwame and daughter named Sophia. Stevie got married to Motown secretary and singer Syreeta Wright in 1970.

However, Stevie’s first marriage didn’t last even two years as they got divorced in 1972 with their married life-lasting mere 18 months. However, they remained on good terms. He even co-wrote and produced her second studio album, Stevie Wonder Presents Syreeta, which was released in 1974.

Wonder got married to fashion designer Kai Millard in 2001. After being together for about 8 years, Stevie and Millard decided to separate in October 2009. They filed for divorce in 2012, which was eventually settled in 2015 and as part of the settlement, Stevie was ordered to pay his ex-wife $25,000 per month in spousal support.

In course of their marriage, she gave birth to two sons – Kailand and Mandla Kadjay Carl Stevland Morris. The younger boy Mandla was born on Stevie’s 55th birthday in May 2005.

Wonder got married to his third wife Tomeeka Bracy in July 2017 in a lavish wedding ceremony which had the legend, Usher, and Pharrell Williams serenading the new couple. They had been in a relationship for about five years before they decided to tie the knot.

In November 2014, it was rumored that Bracy was all set to give birth to triplets. However, a month later, she gave birth to a daughter Nia, which means purpose, one of the seven main principles of Kwanzaa, the seven-day long African festival. Bracy had earlier given birth to a son. However, his name has been kept secret. 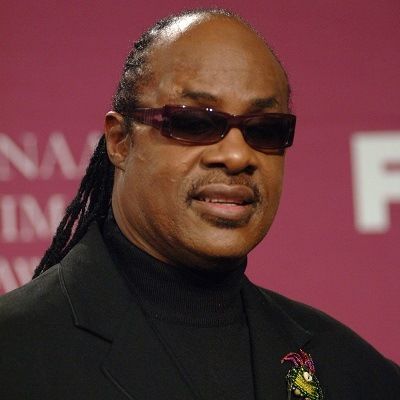 What I'm not confused about is the world needing much more love, no hate, no prejudice, no bigotry, and more unity, peace, and understanding. Period.

I am what I am. I love me! And I don't mean that egotistically - I love that God has allowed me to take whatever it was that I had and to make something out of it.

Music, at its essence, is what gives us memories. And the longer a song has existed in our lives, the more memories we have of it.

Who is Stevie Wonder?

Stevie Wonder was born in Saginaw, Michigan, the United States on May 13, 1950. His birth name is  Stevland Hardaway Judkins.

His father’s name is  Calvin Judkins and his mother’s name is Lula Mae Hardaway. Whereas, from an early age, he started playing musical instruments and later formed a singing partnership with a friend.

Talking about Stevie’s education history, he attended Michigan School For The Blind.

Talking about his profession, during 1961, when aged 11, Stevie Wonder sang his own composition, “Lonely Boy“, to Ronnie White of the Miracles. In the year 1970, Wonder collaborated with his wife, Sylvia, and together they worked on his next album titled ‘Where I’m Coming From’. Additionally, the album became a moderate success upon its release in the following year.

In March 1972, his album ‘Music of My Mind’ was released which has been marked as the beginning of Wonder’s “classic period”. In the same year, he also released the album ‘Talking Book’ which featured hits such as “Superstition” and “You Are the Sunshine of My Life”.

In the following years, he came up with several blockbuster albums such as ‘Innervisions’ (1973), ‘Fulfillingness’ First Finale’ (1974), ‘Songs in the Key of Life’ (1976), and ‘Stevie Wonder’s Journey Through “The Secret Life of Plants” (1979). With the success of these albums, Wonder became the most acclaimed black musician by the end of the 1970s.

Whereas, in the new millennium, he came out with the album ‘A Time For Love’, in 2005. Therefore, in his long and illustrious career, he has produced many chartbuster albums including‘ Innervisions’, ‘Songs in the Key of Life’ and ‘Hotter than July’.

He has an estimated net worth of around $200 million as of 2022 and he has earned that sum of money from his professional career.