Susan Clark is a Canadian actress. She is mostly known for her works on Coogan's Bluff, Colossus: The Forbin Project, and Webster. She is possibly single. 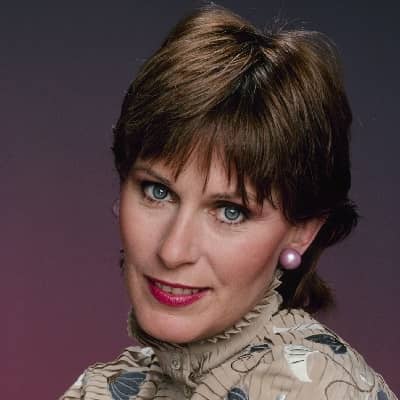 What is the relationship of Susan Clark?

Susan Clark is possibly single at present. Previously, she exchanged vows with Alex Karras on 21 May 1980.

Her ex-husband was a footballer plus actor and they met during the shooting of a TV movie, Babe.

But the wedding was ended when he died on 10 Oct 2012. Alex passed away at the age of 77 due to kidney failure.

Together this couple had a child named Katie. Their daughter was born in 1980.

Who is Susan Clark?

Susan Clark is a Canadian actress. She is mostly known for her works on Coogan’s Bluff, Colossus: The Forbin Project, and Webster.

She was born Nora Golding on 08 March 1943 in Sarnia, Canada. The name of her late father and her mother was George Raymond Golding and Eleanor Almond (née McNaughton) respectively.

Susan’s ancestry is English-Irish. Talking about academics, she passed out from Northern Secondary School.

Susan Clark as an actress started her work life in the year 1963. She first appeared in a TV show titled The Plane Makers as Janet.

Then she did roles of Kate, Kathryn Aller, and Ellen McKay in Seaway, Run for Your Life, and The Bold Ones: The Lawyers respectively.

She also made her acting on big screen. Her debut movie was Banning (1967) and her last movie was Porky’s (1981). Her other films are,

At present, her net worth is around $6 million (estimated). However, her salary and other earnings are unknown.

This star actress is keeping herself away from rumors and is also not surrounded by any desperate scandals.

Regarding Susan Clark’s body features, her height is 5 ft 9 inches and her body weight is 63 kg. Moreover, her eyes are blue and she has brunette hair.