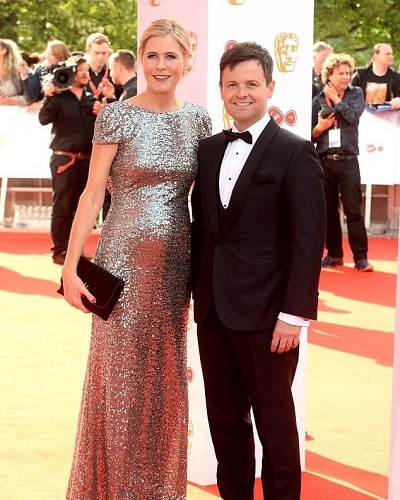 “Ali and I are thrilled to announce the arrival of our baby girl, Isla Elizabeth Anne, who was born just after 9 o’clock this morning,”

“Mother and daughter both doing well, Dad is head over heels! D x”

And according to a tweet by Ant McPartlin, who was also the best man in Ali and Declan’s marriage, and Declan himself, the baby’s name is Isla Elizabeth Anne Donnelly.

Also read: How is Ant McPartlin dealing with his substance abuse problem? The relentless help from his wife Lisa and best pal Dec and the overwhelming celebrity support!

Ali got pregnant in December 2017. The couple had tried to keep the pregnancy a secret, at least for about a few first weeks. A source had revealed:

“They have been keeping the pregnancy a closely guarded secret, but now that Ali is safely over 12 weeks, they are starting to let people know.” 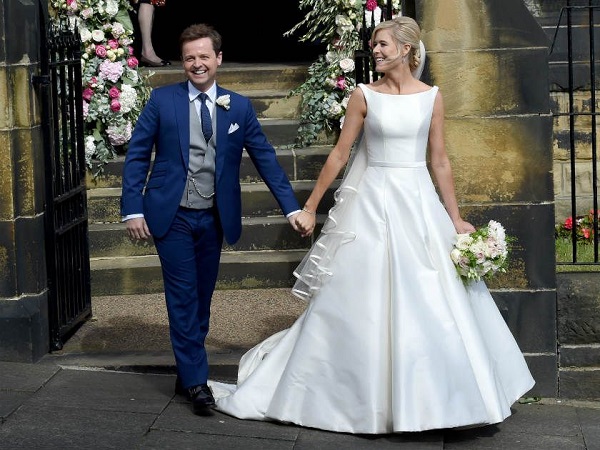 And on March 24, the couple had officially shared the pregnancy news. Husband Declan also had shared the news with a vivid memory of their marriage:

“Just wanted to say thank you for all the lovely messages. The news has sneaked out a little earlier than we had hoped but Ali and I are delighted to be expecting our first child.

Thanks for all the love, we really appreciate it ❤ D x.”

On May 13 of this year, the couple attended Bafta TV Awards where they shared that their baby was due in September.

Ali had excitedly shared the news:

“I just wish it would come out now, that we could fast-forward to having the baby. We want to get on with it – we can’t wait.”

Ali had also shown off her baby bump at the British Academy Television Awards with her husband. Back then she had worn a gorgeous silver sequin dress.

Also read: Stephen Mulhern learned magic tricks at a very young age, taught by his father. From magician to Britain’s Got Talent Host!

Ali Astall and Declan Donnelly had gotten married in 2015 in Newcastle. They had started dating in August 2013 but had known each other for over a decade.

His father was Alphonsus Donnelly and his mother is Anne Donnelly. He has 6 other siblings- 3 brothers Martin, Eamonn, and Dermott, and 3 sisters Patricia, Moyra, and Camalia. They were all raised within the council estate of Cruddas Park.

Originally he wanted to become a Catholic priest! But later he changed his mind when he saw students from all-girls Sacred Heart Catholic High School.

Also read: Jaden Smith is the hottest vegan celebrity this year and he holds the place with Chloe and Halle!

The top four finalists of Celebrity MasterChef 2018! John Partridge remembers some bittersweet memories of his mother related to the pie he made on the show!
Tags : Actor Britian's got talent Producer Television presenter