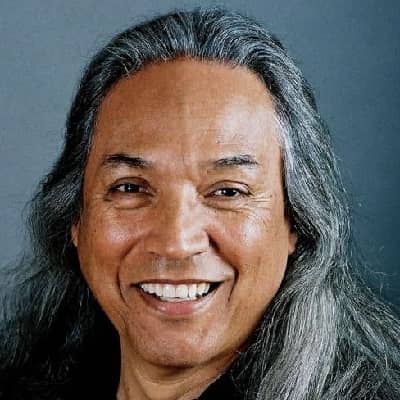 Henry Kingi is a divorced man. In his life, he has married two as of now. At first, she got married to Eilene Frances Davis on June 21, 1966. Together the pair has also two children.

Later, Kingi tied the knot with an actress Lindsay Wagner on May 16, 1981. The duo met on the set of ‘The Bionic Woman. Together they have also two sons and both are also stuntmen.

Who is Henry Kingi?

Henry Kingi is an American stuntman and actor by profession. As a stuntman, he is popular for the 2011 action film, ‘Fat Five’ directed by Justin Lin.

The stuntman is professionally known as Henry Kingi but his real name is Masao Henry Kingi. Henry was born in Los Angeles, California, the U.S. on December 2, 1943.

The name of his parents is Masao Kingi (father) and Heneiella D. Dunn (mother). However, he has never shared his sibling’s details in the media. Kingi holds an American nationality and belongs to mixed descent of Native American, African American, European, and Japanese.

Also, his academics details are under the curtain at the moment.

Similarly, Kingi made an appearance in the 1974 Isaac Hayes film, Truck Turner as Candy Man. After a year, he appeared in the 1975 film, The Ultimate Warrior along with Yul Brynner. He has also appeared in the TV series titled ‘The A Team’ as a bad guy or a stuntman from 1983-1987.

Some of his creditable film are enlisted below in the table,

Apart from acting, he is also a stunt performer and a member of the BSA. Also, he is the co-founder of the BSA (Black Stuntmen’s Association) alongside Essie Smith, Ernie Robinson, Alex Brown, and Bob Minor.

On the set of Lethal Weapon 4, he worked as an assisted stunt coordinator of Conrad E. Palmisano. In the film, he was the one who drove the car in the scene where it goes through the office and out the window.

To date, Kingi has managed to maintain his clean image in the public. He hasn’t available in any sorts of rumors and disputes that create headlines in the media.

Kingi might have earned a decent amount of wealth through his profession as an actor and stuntman. But he hasn’t yet revealed his exact figure of net worth, salary, yearly income, and other assets.

The stuntman has an impressive height of 6 feet 4 inches tall. Likely, he has average weight but the exact measurement hasn’t yet disclosed. He has grey hair color with black pair of eyes.