Updated On November 25, 2022 | Published By: Chandler Bing
Share this
Single 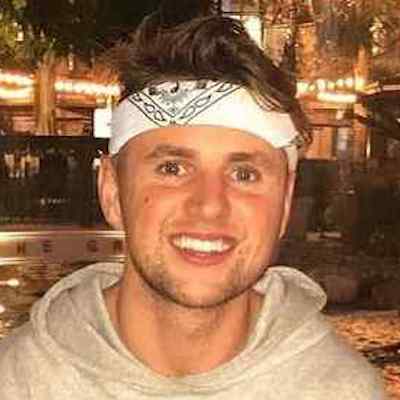 What is the relationship of Kristen Hanby?

Kristen Hanby’s relationship status is possibly single. His girlfriend’s or affair’s details are not disclosed.

Who is Kristen Hanby?

Kristen Hanby is a British social media and musical star. He is known for his prank content on digital platforms like YouTube where he has millions of followers.

Plus, his Extended play titled Shooting for the Stars was released in the year 2020.

Who are the parents of Kristen Hanby?

His birthdate is 08 March 1993 and he was born in St. Helier, Jersey, England. The identity of his mother is Giselle Hanby but his father’s name is not revealed.

Kristen’s ancestry is English and has two sisters named Natalie & Bryony Hanby. His whole family has an IG account which is followed by over 210k people.

As per his academics, it is also not disclosed.

Kristen Hanby is making progress on his web career and owns a YouTube channel where he uploads hilarious pranks. It was created in Sep 2011 and has gained more than 3.6 million subscribers.

His blogs have been watched over 144.8 million times. Some of his popular videos are STIRRING WATER AND OFFERING PEOPLE IT!!!, SWIMMING POOL BED PRANK!!!!, I TURNED MY GF INTO A CHRISTMAS TREE!!!!!, SHE BROKE EVERYTHING I OWN!!!! (PRANK WAR), etc.

He also got an amazing voice and has shown his talents in his debut EP titled Shooting for the Stars (2020). Some of the singles are Change My Mind, All On Me, Deep Inside, On The Road, Drunk Love, and more.

What is Kristen Hanby’s net worth?

This web star is keeping himself away from rumors and desperate scandals.

Kristen Hanby’s height and body weight are average. In addition, he has dark brown eyes plus his hair color is black.