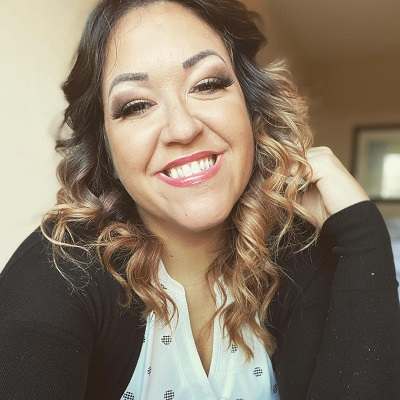 The things I did while using didn’t only affect me, or my victims, or my family

they affected a family I wasn’t even aware existed. The consequences of my actions rippled outward like a rock thrown into a pond.

When you have no one to blame but yourself, you have no choice but to internalize that anger, and having no clue how to release it in a productive way…I knew I was a ticking time bomb.

Tiffany Jenkins is a happily married woman. Her husband’s name is Drew.

The couple got married to each other in 2014. They first met each other via a blind date. After that, they started dating each other.

Together, the couple is blessed with two children including a son and daughter. They are 4 and 5 years old respectively.

From her previous relationship, she has a daughter who is 9 years old. Being a protective parent, she has not shared the names of her children.

She was dating the sheriff’s deputy. Her relationship with the deputy ended on a very bad note where he was humiliated by her actions, and they never met each other again. Later, she wrote a sorry note to him.

Who is Tiffany Jenkins?

American Tiffany Jenkins is a blogger, motivational speaker, author, and podcaster. Jenkins is renowned for her parental blogs and videos that went viral.

Last, in June 2019, she published her autobiography, High Achiever: The Incredible True Story of One Addict’s Double Life that became the National Bestseller.

Tiffany Jenkins was born on 22nd September 1985 in Sarasota, Florida, United States. She is of British ethnicity.

She dropped out of High School. However, the name of her High School is not disclosed yet. In High School, she was active as a cheerleader. Also, she happens to be the leader of the High School Cheerleading team.

Tiffany started drinking at the age of 18. Three months after that, she dropped out of High School. After alcohol, she started trying painkillers as offered by her friend. As time passed, she became more addicted to drugs.

In order to fulfill, her addiction to drugs, she performed sexual activities with her drug dealer. Also, she was fired from her job in the restaurant. At the time, she was in a relationship with a sheriff’s deputy. She also stole the wedding ring of her boyfriend’s father to buy drugs.

Things went too bad after they found out that Tiffany stole the gun of her ex-boyfriend to pay the debt of $7,000. After that, she was arrested and went to jail. In jail, she suffered drug withdrawal and tried to hang herself. However, the guards saved her at the right time.

At the time, she pleaded guilty to 20 felonies including fraud. Following jail, she was sent for six months of rehab. Ever since she has not touched drugs anymore.

In the year 2017, she started writing blogs on her website named Juggling The Jenkins mostly about parenting. She shared parenting tips in her own humorous manner. She made videos as well. One of her videos went viral in no time making her a social media star.

Before that, she used to work part-time as a waitress and the carpeting business. When the video went viral, she realized that she was making an impact on someone’s life. After that, she gave her part-time jobs and started working as a full-time blogger.

Following that, she established herself as a comedian with her sense of humor. Also, she podcasts as a motivational speaker.

Last, in 2019, she published her first book, High Achiever which is actually her autobiography. That book became the National Bestseller.

Besides that, she also makes through the royalties of her books. Also, her earnings as a podcaster are in the range of $55k to $80k.

She has brown eyes with brunette hair. She has a decent height that is 5 ft 11 inch and her weight is unknown. However, details on her body stats are not available.

Also, she has a YouTube channel with 227k subscribers with more than 17.56 million views.