Anneka Rice is a Welsh presenter and broadcaster.

After that, she dated TV executive Tom Gutteridge; they parted six months after their son was born in 1997. Moreover, she decided to quit television to spend time with her three children and spent five years studying painting at Chelsea College of Art.

Previously, she was married to a theatre boss Nick Allott, with whom she has two sons. However, the couple separated in 1992. 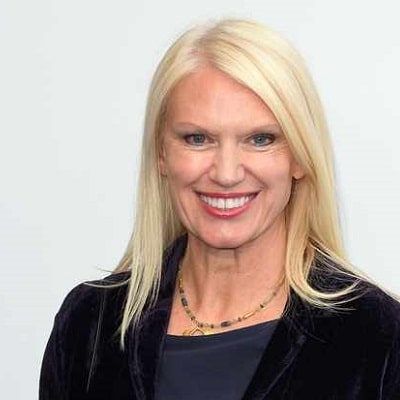 Well, Treasure Hunt has gone truly international and exotic this week. I'm standing there looking out to deep blue, blue seas, the surf crashing onto miles and miles of golden sand, studded with swaying palm trees, under the hot blazing tropical sun. Where else could I be but *Hawaii*?

Who is Anneka Rice?

Anneka Rice is a Welsh presenter and broadcaster. She is famous for hosting the long-running series Treasure Hunt.

She has gained fame as a competitor on Hell’s Kitchen and Celebrity Mastermind.

She was born as Anne Lucinda Hartley Rice on 4th October 1958 in Cowbridge, Glamorganshire, Wales. She was raised in Surrey. Her father was stationed as an officer in the RAF.

Rice adopted the name “Anneka” when she joined the British actors’ union Equity, as her real name had already been registered with that organization.

She once said that she finds Cricket as boring as fishing.

She began her career as a trainee at BBC World Service. She moved to Hong Kong where she became a news presenter for TVB Pearl. There she also did dubbing for Kung Fu films in English. After spending 3 years in Hong Kong, she came back to England.

Then, she joined Channel 4 as the jump-suited “sky runner” for the famous game show Treasure Hunt. In 1989, she launched her own show Challenge Anneka which was aired on BBC One and the show laster for 5 years.

Moreover, in 2001, she again started the show Challenge Anneka Rice as a co-producer this time. The show, however, failed to kick off then and started again in 2006 but it lasted for just 1 season.

Since then, she has participated in various reality shows. She presented the shows like Hell’s Kitchen, Celebrity Mastermind, and Celebrity Hunted among others.

She was named co-presenter of The Flowerpot Gang on BBC 1 with Joe Swift (TV garden presenter) and Phil Tufnell in 2012.

She was a contestant on Richard Osman’s House of Games and participated in Celebrity Hunted for Stand Up to Cancer in 2017.

In 2019, she participated as a celebrity guest in the dance reality show Strictly Come Dancing where she partnered with famous dancer Kevin Clifton, However, the pair were eliminated.

While she was working as a news presenter in Hong Kong, she also dubbed for Kung Fu films in English. She has also served as a radio presenter.

In the same year, her show Treasure Hunt was nominated for a BAFTA.

The contestant of Strictly Come Dancing 2019 Anneka Rice updates her fans about her injured shoulder post-accident!