Deana Carter is an American Country music singer-songwriter. She is married and a mother of one. 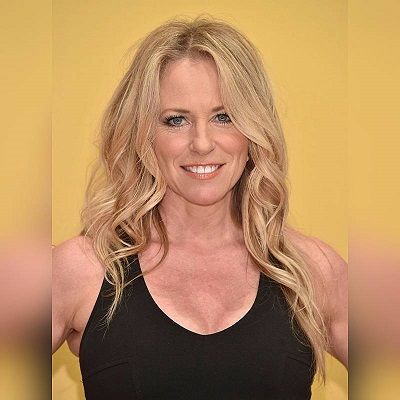 Once you get away from where you're from, you look at it in a different way.

What is the relationship of Deana Carter?

Deana Carter is happily married to Jim McPhail. They married on 6th July 2018 at the Pearl Hotel in Rosemary Beach, Fla.

She wore a halter gown with a high neck and a low-cut neckline covered by lace. She topped it with a pearl tiara. Similarly, her husband wore royal blue pants, a tan blazer, and a white button-down shirt with no tie.

Their marriage was conducted by her sister-in-law and her brother Jeff Carter. They met each other through mutual friends in the year 2017.

Who is  Deana Carter?

Deana Carter is an American Country music singer-songwriter who is known for their debut album Did I Shave My Legs For This, Strawberry Wine. She released her albums Everything’s Gonna Be Alright and The Story of My Life.

She won the Country Music Association Awards for Single of the Year Strawberry Wine.

She daughter of Fred Carter, Jr. and June Carter. Her father is a singer, guitarist, and producer. He named her after famous crooner, Dean Martin.

She has two brothers Ronnie and Jeff.

In 1991, Carter’s first album was only released in Europe.

She released her ironic ‘Did I Shave My Legs For This?’ Carter burst onto the country music scene in 1996, which was a certified 5x multi-platinum in the United States for sales of over 5 million.

Just as her Dad nicknamed her, with a ‘Little Bit of Sunshine.

1. Strawberry Wine was written by Matraca Berg and Gary Harrison.

2. We Dance Anyway was written by Randy Scruggs and Matraca Berg.

3. How Do I Get Three? was written by Chris Farren and co-written and recorded by Deana Carter.

Deana as an actress appeared in the movies Running From My Root 2018, The Watch, and Anastasia 1997.

Carter won the Acadamy of Country Music Awards for the Song Strawberry Wine.

Carter is doing well in her personal and professional life. She has not been part of any big rumors and controversy.

Deana has blonde hair and grey eyes. She is 5 feet 5 inches tall and has a decent weight.

You may also read about the Professional life, career, education, net worth, and social media of Lee Ann Womack, Mackenzie Sol, and Keith Sweat.