Nandi Bushell’s present relationship status is possibly single. She is too young and focusing on her career rather than searching for a boyfriend. 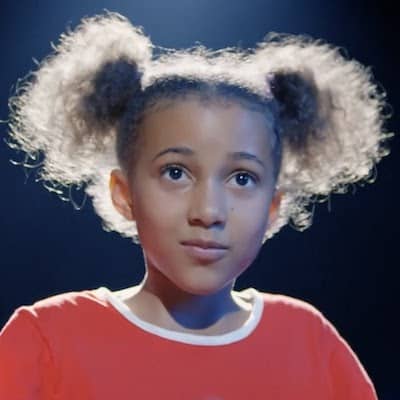 Who is Nandi Bushell?

Her talent was noticed by stars such as Questlove, Lenny Kravitz, Dave Grohl, and Matt Bellamy.  Mr. Grohl said that she is the most BADASS drummer in the world.

Ellen DeGeneres invited her to her show and she gifted Nandi a bass guitar in Dec 2019.

Her birthdate is 28 April 2010 and she was born in Durban, South Africa. The name of her mother is Lungile and her father is John. They both are fond of music and support their daughter’s career.

Further, Nandi’s ancestry is Zulu, and has a younger brother Thomas. As per her academics, she might be at school.

Nandi Bushell is a popular musician which has attracted several artists vis her amazing skills. She founded her own band named Titans which she choose after seeing the TV show Teen Titans. She also put herself into writing and is in the process of releasing her own album.

Besides this, she is a YouTube star and has her own channel. It was created on 22 Dec 2016 and has gained more than 356k subscribers. Here she uploads content of interviews, practice session, cover songs, and many more.

Due to her talents, Nandi became the first “kid-musician-in-residence” for the Cartoon Network channel. She was also featured on a cover page in June 2021 issue.

This drummer is keeping herself away from scandals as well as rumors.

Nandi Bushell’s height and body weight are average. Additionally, she has dark brown hair and eyes in dark brown color.