Gabrielle Union is an actress, activist, model as well as author.

Gabrielle Union had dated basketball player Jason Kidd when she was in high school. Then she had stayed in a relationship with American rapper Ludacris and dated for a while in the past.

From the year 1999, NFL player, Chris Howard first met at a party. The couples had tied a knot with on May 5, 2001. Their marriage lasted for four years and they separated in October 2005. They got divorced in 2006 and she had confessed that she had stayed in a wrong relationship.

Furthermore, she was in a relationship with NFL player Darren Sharper in 2006. After one year of their relation, they got separated in 2007. Then in 2009, she met a basketball player, Dwyane Wade and they started dating. Their relationship faced many ups and downs but besides that their love met the success of their marriage.

Additionally, she had tied the knot on August 30, 2014. They honeymooned in Maldives and Tanzania; and welcomed their first child together, a daughter named Kaavia James Union Wade who was born via surrogacy on November 7, 2018. 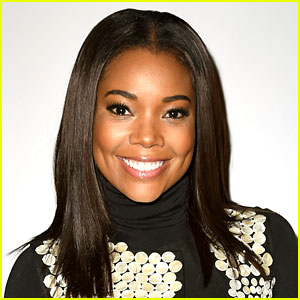 I have no problem with that! I'd rather be that than Quasimodo. Or a method actor

Thank God for J-Lo [Jennifer Lopez]. All of a sudden big asses are de rigueur

[on her strip scene in Cradle 2 the Grave (2003)] I'm a Catholic girl from Omaha, and then all of a sudden they spring this scene on me. Afterward, I had to go to confession. I said, "Forgive me, Father, for I have just bared my ass in front of the world. How many Hail Marys will it take to absolve me of that?"

Who is Gabrielle Union?

Gabrielle Union is an actress, activist, model as well as and author. She belongs to American nationality. She had started her career in the 1990s, appearing on television sitcoms and had appeared in teenage comedic films, She’s All That and 10 Things I Hate About You in 1999 and Bring It On in 2000.

Additionally, she had been famous for her roles in the romantic comedy films The Brothers, Deliver Us from Eva, Daddy’s Little Girls, Think Like a Man and Think Like a Man Too. She had also performed in CBS medical drama series City of Angels, films Bad Boys II, Cradle 2 the Grave, and the critically acclaimed Neo Ned.

Furthermore, she had also starred as the main character in the BET drama series Being Mary Jane and co-starred in the movie The Birth of a Nation.

Gabrielle Union was born on 29th October 1972 in Omaha Nebraska, U.S. She is the daughter of the mother Theresa Union, and father Sylvester Union. Her father is a former military officer.

Furthermore, in her family, she has two sisters named Kelly Union and Tracy Union. Since her childhood, she had been taught to be ‘an independent woman’.

Union’s family moved to Pleasanton, California, and attended Foothill High School. After completion of her high school, she had joined the University of Nebraska. There she played soccer with her team; and then later transferred to Cuesta College.

Eventually, she had completed her college from  UCLA. She even had a college internship at the L.A. modeling agency, where she thought it would be an easy way to pick up some extra credits. In 1989, she had her first audition/job. Through this, she started her career.

Moving towards her career, Gabrielle Union had started doing minor roles. In 1989, she had her first audition on Saved by the Bell. Then, she had appeared in the sixth-season episode of Star Trek: Deep Space Nine, in five episodes of 7th Heaven and in Sister in 1997. In the year 2000, she appeared in movies like Love & Basketball and Bring It On. She had even stared in Bad Boys II in 2003, Something the Lord Made in 2004, Neo Ned in 2005, Daddy’s Little Girls in 2007, and Ugly Betty in 2008.

The same year(2008), she had appeared in the music video for Ne-Yo’s “Miss Independent”. In the years 2010 and 2011, she had appeared in episodes of Army Wives and NTSF:SD: SU.  Next year(2012), she had announced to be a participant in Bounce TV’s documentary Our History and had worked with Tyler Perry in the romantic comedy Good Deeds.

In the year 2017, she had announced a collaborative partnership with Invicta watches that included a line of watches she designed. The same year, she even published her first book, a memoir, entitled We’re Going to Need More Wine.

As of 2022, she earns a net worth of $25 million. There is no information regarding her income and salary.

Gabrielle Union had admitted that in Fearless Award acceptance speech; inspired her because she “had never heard anyone be that honest in public or private about the competition to lead succeed in Hollywood”.

She was even an advocate for survivors of assault and has voiced her support for Jada. Jada was a Texas teenager who was sexually assaulted after passing out during a party; her sexual assault was filmed and posted in clips online and has been mocked by others on social networking websites.

Furthermore, she had even supported Barack Obama in his presidential campaign, the election interesting her differently from past elections in 2008. She had also worked on the unsuccessful pilot for Army Wives.

Additionally, she has a dimple on her cheeks.