Liam Howlett is a British singer and songwriter, Record producer. Liam is married to his wife, Natalie Appleton since 2002. The couple has one child.

Liam Howlett is a married man. His wife, Natalie Appleton is also a singer and songwriter of the British Girl Group, All Saints.

The wedding took place on the 7th of June 2002 in France. The couple started dating back in 2000. Together, they have a son, Ace (b. 2 March 2004). Currently, he resides in Hampstead along with his wife and child.

Prior to that, he dated Angela Potter in 1990. Also, he was in a relationship with Catalina Guirado too. 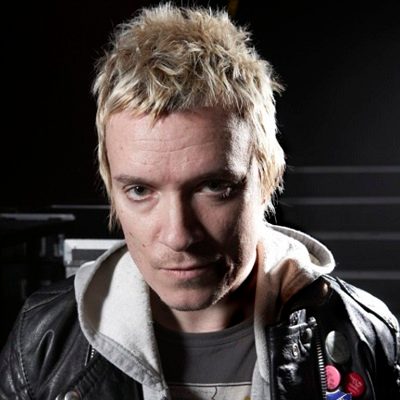 All Prodigy music is raw, and that will never change, the production is raw, the sounds are dirty, you can't get away from that. Take it or leave it

I went through eight years of classical piano lessons without being able to read notes. I only have to hear a melody to be able to play it. It used to freak my piano teacher out when he finally noticed that notes don't make any sense to me and that I played by ear

Things can only go so far before you can't take them any further for them to be exciting.

Who is Liam Howlett?

Liam Howlett is a record producer, musician, and songwriter renowned for his electronic music. He is the co-founder and brain behind the British electronic band, The Prodigy.

Liam Howlett was born on the 21st of August 1971 in Braintree, Essex. His birth name is Liam Paul Paris Howlett. He is of British ethnicity.

Till the date, he has not disclosed the names of her mother and father. He has a sister.

Talking about childhood, his father forced him to take piano classes when he was just 13 years old. However, he can’t read the notes yet. The first gigs about the music started when he was in primary school. At the time, he was into the music genre like Two-Tone and Ska.

Moving forward, he found himself attracted towards the music hip-hop group, Grandmaster Flash and the Furious Five.

Professionally, Liam Howlett started his career as a DJ. At the time, he used to play in the rave parties and local bands like Cut 2 Kill. However, he desired to play his own music tracks play with the DJ, Mary Anne Hobbs.

Moving forwards, in 1990, he formed an electronic dance music band, The Prodigy. One year later, the band debuted with the song, Charly which peaked at the 3rd position in the UK Single Chart.

Later, the band launched the second single, Everybody in the Place. Moving forward, the band released the albums like The Fat of the Land, Always Outnumbered, Never Outgunned, and Invaders Must Die. As of now, the band has sold more than 25 million records worldwide.

Apart from the band, he has co-produced the tracks like Immersion, We Hate Everyone, and Stop Focus.

Apart from that, he also earns through his musician tours and concerts too.

Furthermore, he is a car lover and owns McLaren Mercedes F1 supercar worths $15.6 million. However, his personal favorite car is Ferrari f40.

Till the date, he has not been through any sort of controversy that created headlines in the media. Similarly, there are no rumors linked with him.

Liam Howlett is a hazel-eyed auburn. He has a decent height and weight. However, details about his body stats are not available.