Also, she has a son named Tim Norman from her another relationship. From Tim, she has a grandson, TJ (b. 23rd of June). 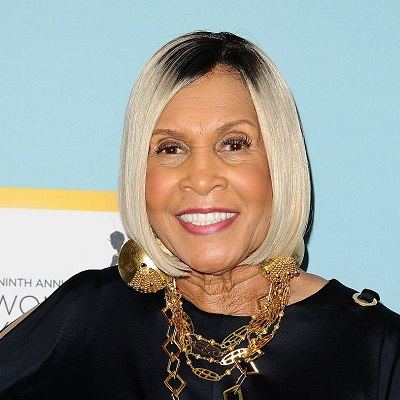 Who is Robbie Montgomery?

She is the owner of the restaurant chain, Sweetie Pie’s.

Robbie Montgomery was born on the 16th of June 1940 in Columbus, Mississippi. Her birth name is Robbie Marie Montgomery.

She happens to the eldest child to her parents, Ora Gray (mother) and James Montgomery (father). She has nine siblings; James, Walter, Robert, George, Everett, Linda, and Janice.

They are of mixed (British, Irish, Scottish) ethnicity with Indian roots as their great-grandmother, Miss Pathenia was from half-Indian heritage.

When she was six, she moved to St. Louis, Missouri along with her parents. In St. Louis, she spent her childhood in Pruitt-Igoe as Baptist.

Concerning about her academics, she graduated from Pruitt High School. Before that, she joined Curtis Elementary School.

Robbie Montgomery started her career singing career with her friends; Frances Hodges and Sandra Harding and created a local singing group, Rhythmettes. Later, they started appearing in local talent shows. In the course of time, a local singer, Art Lassiter hired them as backup singers. They named themselves as Artettes.

Along with the group, she contributed back vocals to the debut single, A Fool in Love for duo Ike & Tina Turner. The single peaked as the 2nd position in US Billboard Hot R&B Sides. After that, she joined the musician, Earl Hooker for his tour.

Later, she returned to Ike & Tina Turner and restarted working as the back vocalist trio, The Ikettes, and The Mirettes. At the time, she contributed her vocals for albums like Ike & Tina Turner Revue Live, Soul The Hits, and Can’t Sit Down. In 1965, she left the trios.

After that, she provided back vocals to the various artists including Dr. John, Barbra Streisand, Debbie Reynolds, Joe Cocker, and Stevie Wonder. She stops singing after her lungs collapsed. Later, in 2018, she released her first album, Miss Robbie’s What They Call Me.

After the lung collapse, she started working as a dialysis technician. Later, in 1996, she started her own restaurant chain with the name, Sweetie Pie’s. The center of attraction of her restaurants happened to her soul food of her mother’s recipe.

On the 15th of March 2011, she featured in the reality TV series, Welcome to Sweetie Pies. The show was based on her soul food restaurants. Within no time, the restaurants’ ventures flourish with the show.

Last, in January 2020, she opened her latest eatery outlet located in Jackson, Mississippi.

As of 2020, she has an estimated net worth of $12 million. The major source of her income happens to be her restaurant’s business venture. Apart from that, she also makes through her appearance in TV series.

Besides that, her net worth is also attributed to her career as a singer too.

She stands at a height of 5 feet 6 inches and weighs around 55 kg.

Back, in 2016, she filed a case against her son, Tim Norton in federal court in St. Louis for stealing money from Sweetie Pie’s. Also, she sued for him trademark violation of her restaurant’s name.

The following year, she settled the legal dispute against her son.

You may also read the bio of Avery Singer, Jennie Kim, and Brec Bassinger.