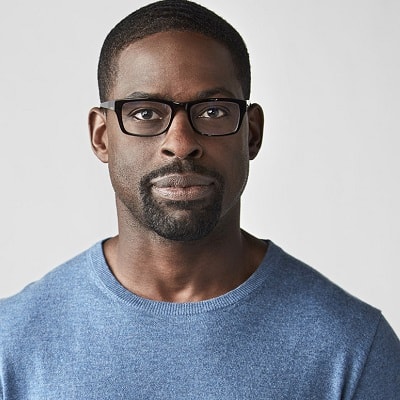 It feels like a strange thing to say, but you try to reap what you sow, and I try to put good vibes out into the world - and I thought they all came flooding back to me at that one time.

Sterling K. Brown is a married person who has been married to actress Ryan Michelle Bathe married since June 2007. The couple met the very first time in Standford College when both were the freshman and started dating in 1998.

Initially, their relationship was not so good and had broken up but again began dating after three years.

The couple is blessed with two children together ad they are named as Andrew Jason Sterling Brown and Amaré Michael Ryan Christian Brown.

Who is Sterling K. Brown?

Sterling K. Brown is an American actor who is best known for portraying prosecutor Christopher Darden in the first season of the FX anthology series ‘American Crime Story’ in 2016.

He was born on April 5, 1976, in St. Louis, Missouri, USA. He was born to parents Sterling Brown and Aralean Banks Brown. He has four siblings- two sister and two brothers.

Unfortunately, his father died old due to a heart attack when Sterling was only 10 years old. He along with his siblings was raised in Olivette, Missouri.

Sterling holds American citizenship but his ethnicity is African-American.

He joined Mary Institute and St. Louis Country Day School and then enrolled at Stanford University. He changed his major after he found his interest is major in acting rather than economics.

He has an estimated net worth of around $4 million and he has earned that sum of money from his professional career. From his acting career, this actor has earned lots of fame and a huge fortune.

There was a rumor that Evan Rachel Wood & Sterling K. Brown were going to join ‘Frozen 2’ and the rumor turned to be right.

Sterling K. Brown has a height of 6 ft. inch and weighs 80 kg. He has dark brown eyes and black hair. other information regarding his body is not disclosed.