Wayne Brady is an American comedian who appeared on Whose Line Is It Anyway. Wayne is in a relationship. 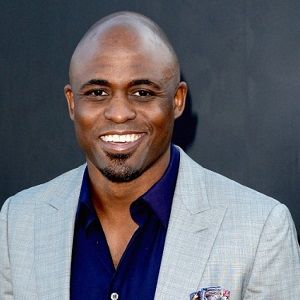 I always thought that common sense would prevail. But on a game show, there is no common sense

I like to be left alone when I'm not working.

The talented comedian was married to two women. Initially, he was married to Diana Lasso in 1993. However, they couldn’t carry their relation too long and split up on September 21, 1995.

After divorcing Diana, Wayne tied the knot with Mandie Taketa in 1999. Together, the couple also welcomed a daughter Maile Masako Brady in 2003. Same as his first marriage, it didn’t go well and the pair separated after seven years on April 5, 2006. As of now, there are no rumors regarding his affair and girlfriend.

Who is Wayne Brady?

Wayne Brady is a veteran American comedian and actor. Furthermore, he is also a television star well known for his role in the television series Whose Line Is It Anyway?

In addition, Wayne has also hosted the daytime talk show The Wayne Brady Show, Don’t Forget the Lyrics!, and Let’s Make a Deal.

Furthermore, he is the second cousin to American professional football player Jozy Altidore.

Concerning his education, Wayne joined Dr. Phillips High School in Orlando. Later, he enrolled at the University of Miami.

Wayne began his acting career in theatre in the original version of Whose Line Is It Anyway?. In 2001, he started his own show on ABC called The Wayne Brady Show. Later in 2004, Wayne united with the Broadway revival of Chicago and starred the role of lawyer Billy Flynn. Furthermore, he has also appeared in the final episode of the 2004 season of the comedy Reno 911!. Apart from his acting, Wayne has also written and sung the theme song for Disney’s animated series The Weekenders. In addition, he became the host of TV Land’s ‘That’s What I’m Talking About’ in 2006.

Moreover, he has also hosted the Fox show Celebrity Duets for one month. Additionally, he came as a guest star on the MTV show Wild ‘N Out. Wayne has appeared in many movies such as Scooby-Doo! Stage Fright, Roll Bounce, The Hero of Color City, and much more.

He has also starred in enormous television shows such as Superboy, The Late Late Show, Whose Line Is It Anyway?, The Loud House, and much more.

Besides this, he has also sung several songs which consist of Ordinary, F.W.B, Whistle While I Work it, Don’t Stop, Between, and Unsung Heroes.

From his acting and singing, Wayne earns a handsome amount of money. Currently, he has a net worth of $12 million.

“Just because you had that particular black experience… I have to stop myself from getting into it because I realize the thing is if I had gone on his show, or even doing it online, I’m not going to win. Because as soon as you back off, he still has his platform to say whatever he wants to.”

Wayne has a towering height of 5 ft 11 inches and weighs 78 kg. Furthermore, he has brown eyes and black hair. However, there is not any information regarding his weight and other body measurements.

Also know more about the early life, career, net worth, relationships, and controversies of other comedians and actors like Vice Ganda, Howie Mandel, Russell Brand, Orlando Jones, and John Candy.

Wayne Brady and Rozonda ‘Chilli’ Thomas are in a relationship! Also see their past affairs and marriage. Chilli’s ex-boyfriend Usher