Updated On October 12, 2022 | Published By: Katie Randall | In Interesting Facts
Share this 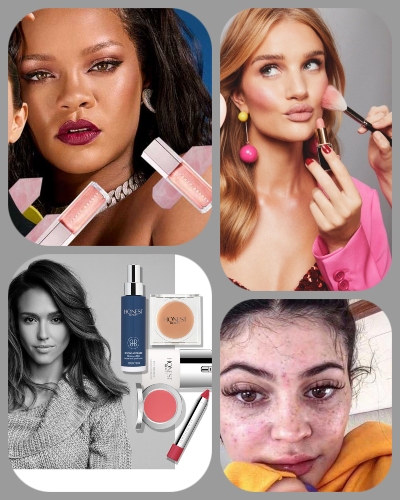 These are some celebs who took makeup-free selfies.

Kylie is an American media personality, socialite, model, and businesswoman. She is also known as the youngest self-made billionaire. She has her own cosmetic company named Kylie Cosmetic.

Cardi B is an American rapper and songwriter. Her real name is Belcalis Marlenis Almánzar. Her songs hit the top of the billboard hot 100. Cardi has become the female rapper with the most No. 1 single in the chart’s history.

She has more than 90 million followers on Instagram. Cardi was married to Offset in 2017 but later they filed for divorce. As of 2021, they are back together. This couple has a baby girl named Kulture.

Kourtney is an American media personality, socialite, and model. She came to fame after appearing in the reality television series Keeping Up with the Kardashians. Kourtney has more than 119 million followers on Instagram. She co-owns and operates the clothing boutique D-A-S-H.

As of 2021, Kourtney is in relation to Travis Barker. She was previously in relation to Scott Disick. They have three children together son Mason Dash Disick, daughter Penelope Scotland Disick, and son Reign Aston Disick.

You may also like to read Checkout These Celebrities Who Have Tried Different Hairstyles.

Lady Gaga is an American singer, songwriter, and actress. She has won 11 Grammy awards and been nominated 29 times. She also has an oscar award for Best Original Song for “Shallow”.

Gaga has more than 47 million followers on Instagram. Gaga is currently in a relationship with Michael Polansky. Previously, she was engaged with her ex-Christian Carino.

Beyonce is an American singer-songwriter, actress, and record producer. She is best known as the lead singer of Destiny’s Child, one of the best-selling girl groups of all time. Similarly, she has 28 grammy awards.

She has more than 176 million followers on Instagram. Beyonce is married to American rapper Jay Z in 2008. They have three children named Blue Ivy, Sir, and Rumi Carter.

Rihanna is a Barbadian singer, actress, fashion designer, and businesswoman. She has her own cosmetic company named Fenty Beauty. Riri has won has eight grammy awards.

She has more than 94 million followers on Instagram. As of 2021, Riri is officially dating A$Ap Rocky. Previously, she was dating singer Drake, Travis Scott, Leonardo DiCaprio, and Hassan Jameel.

Nicki is a Trinidadian-born rapper, singer-songwriter, and actress. She is the first female rapper to successfully make bring rap into the pop music world. Her song Trollz was number one on the hot 100.

She has more than 134 million followers on Instagram. This singer is happily married to Kenneth Petty in 2019. They have their first baby boy on September 30, 2020.

You may also like to read Top 10 Cute Summer Outfits You May Like To Add On Your Wardrobe in 2021!

Tags : Bare face celebrities Celebrities with or without makeup